A couple of weeks ago, we visited Cold Spring Village for the first time.  It is a unique 22-acre village tucked neatly in South Jersey off of Route 9. 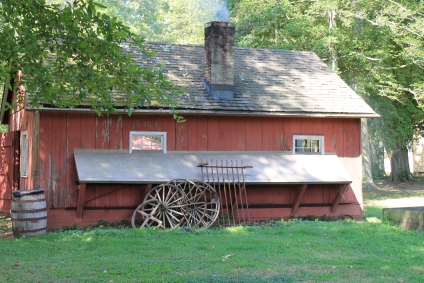 The grounds are laid out like a small town would have been in the 1850s.  You’ve got your general store, your basket weaver, a potter, the one room school-house and so much more.  It is a living history museum complete with employees dressed to match the era and armed with history about their dwelling or craft. 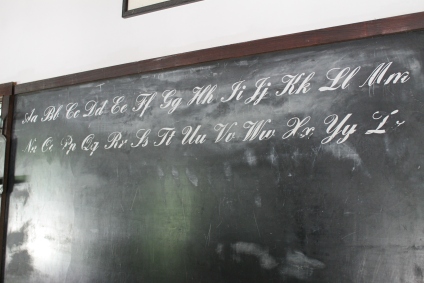 I loved all of the chippy barnwood and exposed beams that these primitive buildings showcase.  Some had original antiques inside too like one of the school benches. 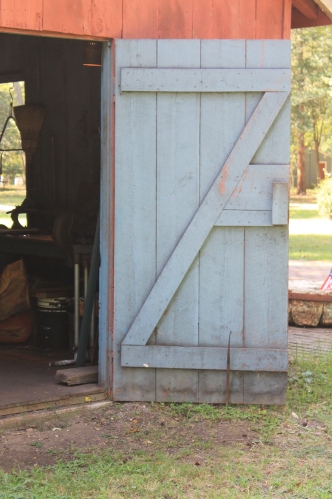 The colors are all so warm and rustic. 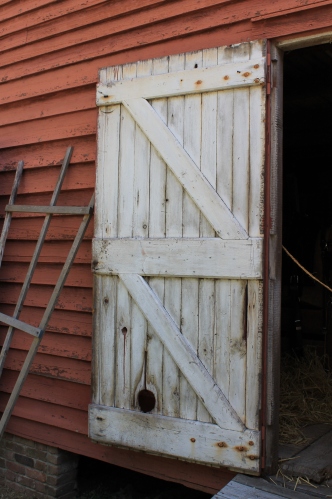 The buildings have mostly been relocated to Cold Spring – no small feat.  In fact, we were in the oldest home that exists in Cape May county.  And, get this, it was a rental up until about 5 years ago when it was moved and preserved in its current location.  We were floored by this information!

I love the original windows that are still in tact.  The look of the wavy, blown glass is fab.  They don’t make ’em like this anymore. 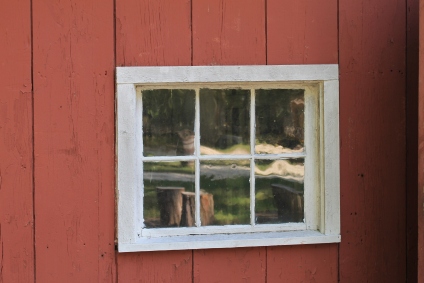 We finally got around to visiting the village during their “Farm Days” event.  It was dog friendly so Wilson and his BFF, Sherman, attended.  They’re always so happy to see each other. 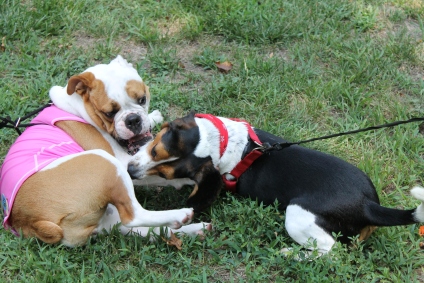 This is where it gets interesting…I’m pretty sure I’ve never seen domestic animals interact with farm animals before.  Sherman was not afraid of poking her nose in this guy’s pen. 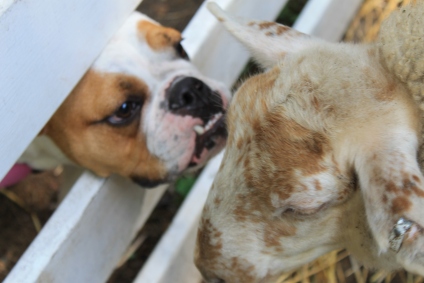 Wilson was a little more timid but “monkey see, monkey do” or in this case “dog see, dog do”.  He had to poke his nose right in and stare the sheep down too.

This guy was definitely not happy about having visitors.  I wouldn’t mess with him.

This lady was quite relaxed about the situation and was probably baa-ing at him to calm down and come inside.  What a nag! 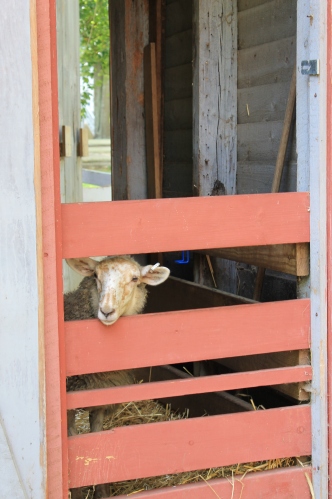 We moved on from the sheep so the dogs could harass some cows.

On the way, we stumbled upon this slimy little snake.  He was pissed that he wasn’t invited to the party.  Yikes!  I snapped a pic and ran.  (wimp)

Finally, we reached the just days old calf.  Isn’t he cute?  Wilson and Sherman were thinking that they hadn’t seen a puppy quite like him before. 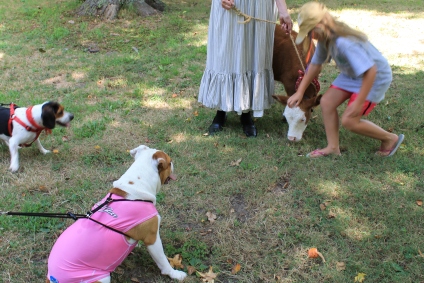 Better get a closer look.  Sherman wasn’t afraid to get right in there.  Of course, Wilson was the ever so timid one. 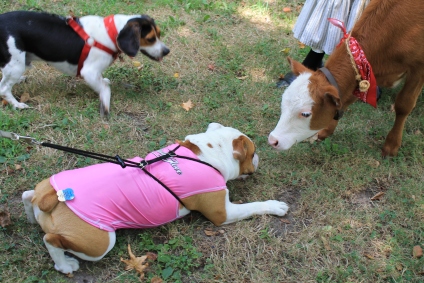 The highlight of the day was the Pet Show at the village.  Yep, I officially became a pageant mom while “showing” Wilson.

This was probably the silliest thing I did all summer.  It even tops the yard sale mayhem.  Wilson wasn’t sure what was going on and was often going the wrong way.  Amateur.

Well, because she was going for best dressed.  And she won.  Obviously.  No other dogs had a snorkel, beach tag or flippers.

Wilson didn’t win anything despite my competitive antics.

There was some stiff competition.  This guy took home the best in show title.

I dunno, maybe Wilson’s not a show dog after all.  Does his strut lie?  He seems to be working the ring in this picture. 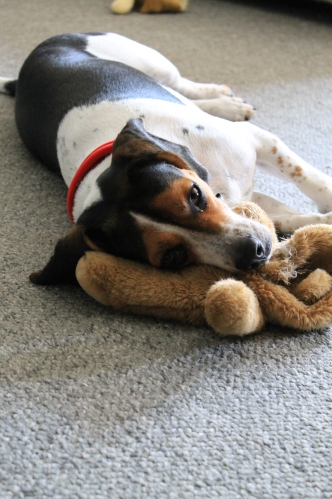