I love salvages.  And I love antique co-ops.  No surprises there!  So when I stepped foot in Black Dog Salvage in Roanoke, VA I was in heaven.  All of that under one huge roof! 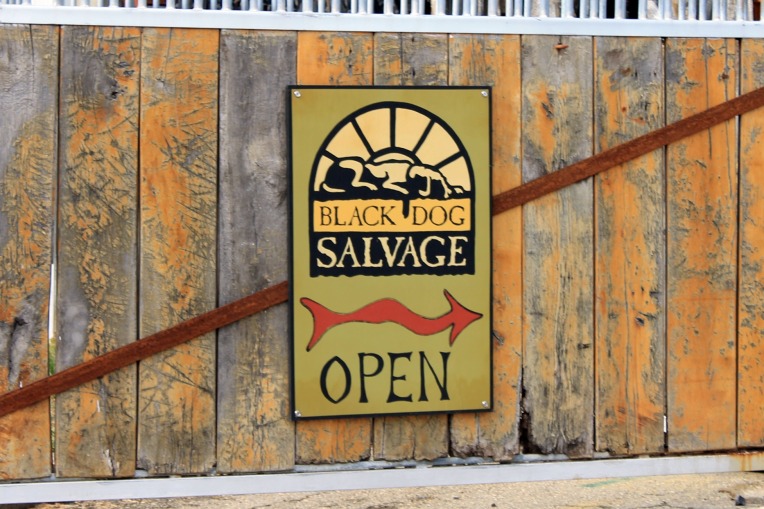 Ummm and it’s dog friendly!  Yes, I took Wilson antiquing.  And Ryan too. 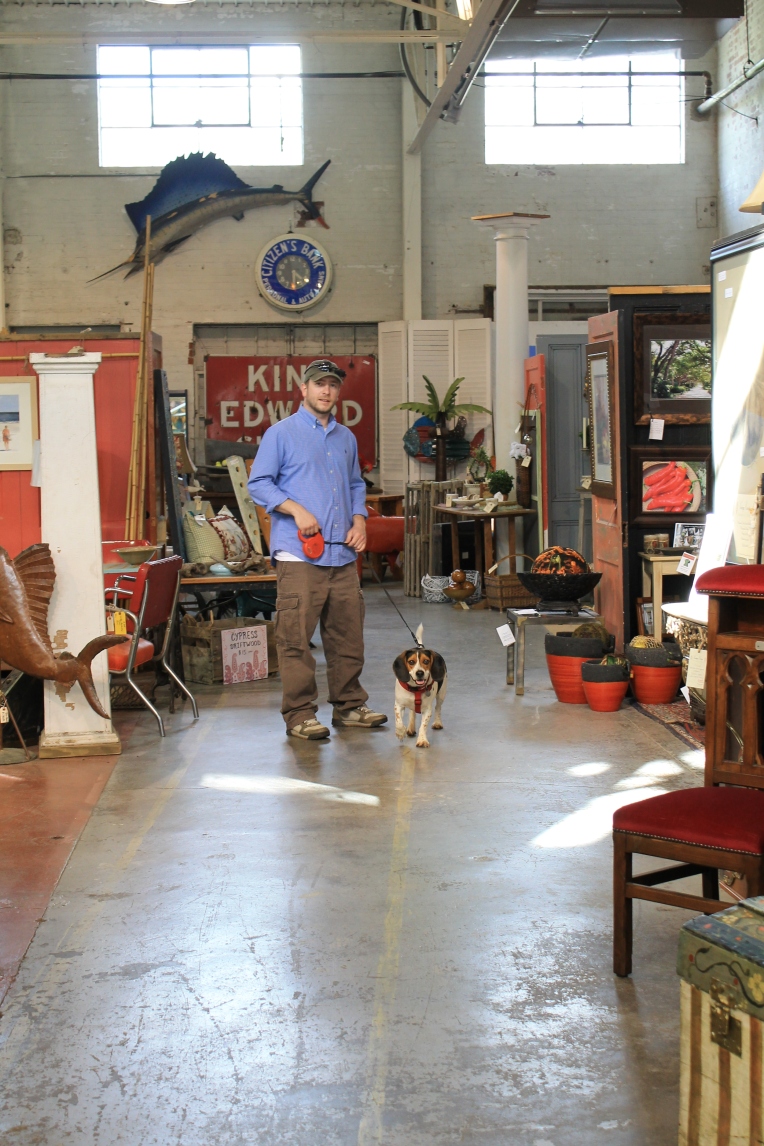 Wilson got along rather well with Sally the Salvage Dog.  Isn’t she sweet?  I suppose she is sleeping on the job though.

Of course it is very difficult trying to get a picture of 2 dogs together.  Here’s my best attempt. 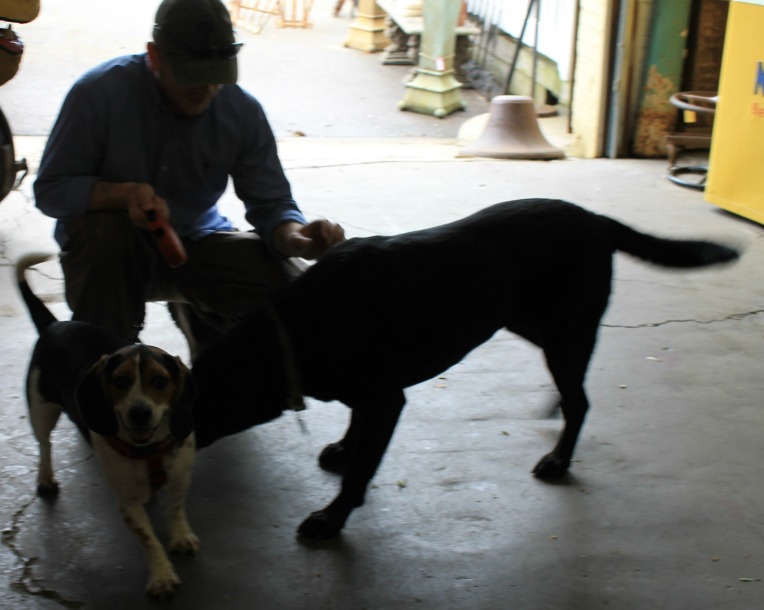 Ok so enough about the pups of Black Dog Salvage…I first heard about this mecca when the store was featured on the Nate Show last year and knew that it was a must see.  When we planned out our road trip to Savannah, I realized that Roanoke was a route we could take.  So on our way back up north we made the salvage a pit stop.  At the time, I did not realize how huge the place really was nor did I ever imagine they’d allow Wilson to come in.

The people working there were so nice.  I found a kindred spirit in Courtney who loves to paint and has recently discovered the wonders of Annie Sloan Chalk Paint too.  And hello she paints and salvages for a living!  Dream.  Black Dog stocks ASCP!

I also met Christa who does a heck of a job maintaining Black Dog’s blog.  Did you ever wonder where salvaged stuff comes from?  What did it look like in its original state?  She blogs about those old homes and buildings and the finds.  Amaze.

Sorry to say that I slacked big time on taking pics there because I was just entranced at the huge, huge warehouse, marketplace and outdoor space all filled with, well, old junk!  You know how much I love old junk. 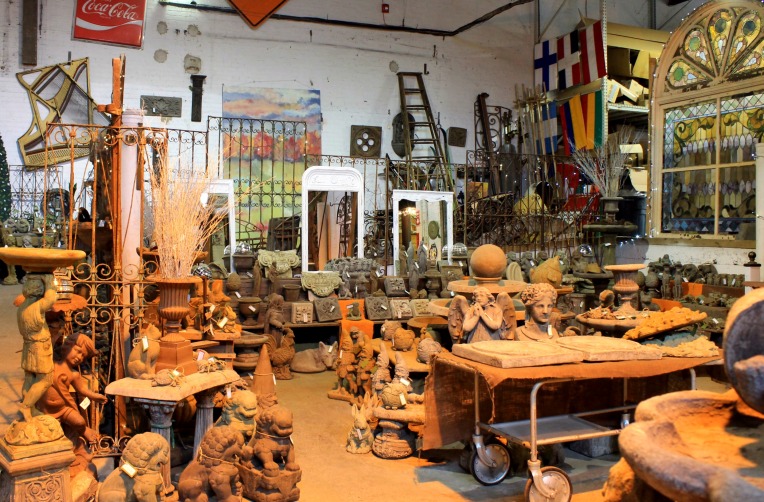 So just trust me when I say you’ve got to visit Black Dog Salvage if you’re ever near Roanoke.  And no this isn’t a sponsored post.  The place is just that cool.