Well we took full advantage of that warm front that passed through over the weekend.  How about you?

We worked outside non-stop in Cape May.  Mostly on a garden related project that we originally thought we’d hold off on until spring.  However, we recently had some utility work done (not the topic fun blog posts are made of) so the yard was already dug up.  It just made sense to move forward with the garden layout now instead of waiting until spring.  Plus, the weather felt like spring anyway!  Bonus.

But before we can get to the fun part of the garden, actual gardening, we needed to work on the fence.  We inherited a homemade fence of horizontal 2×4’s done by previous owners post and rail style.  Their day had come.  It was time to remove the old fence and unfortunately I didn’t take a before picture but there wasn’t much to look at anyway.  The funny thing is that whoever installed the posts, installed them completely unevenly.  Instead of placing them 8 feet apart, they were like 7’9″ or 7’11”.  No two posts were the same distance apart.  But sturdy rails that they are, we were determined to reuse them instead of recreating the wheel. 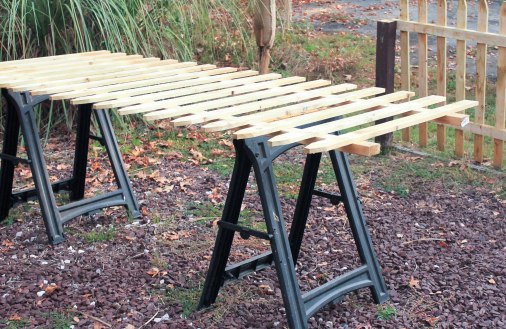 We headed to Lowe’s and picked up a portion of the American dream.  Picket fencing in 8 foot widths.  Before finishing the unfinished fence, we temporarily installed them with the leftover posts.  This meant measuring and cutting a picket here or there to fit the aforementioned wonky post distances.

At the end of day one, we had what looked like a newly installed fence.  However, we quickly labeled each portion of fencing and removed them from the posts so they could be finished.  Once they’re finished, it should be easy to install them in order.

I thought we were moving onto the beginning of the fun part…customizing the fence.  Boy, was I wrong.  Painting a fence is so incredibly daunting.  We decided to use milk paint to stain the raw wood pickets a nice, custom mixed light blue.  At the end of day 2, they had a beach cottagey, blue washed look to them.  Fun!

But they’re still not ready to be re-hung on the fence posts.  We are planning to seal the milk paint in with tung oil which will protect the finish in the elements.  I can’t wait to share the color and finish. 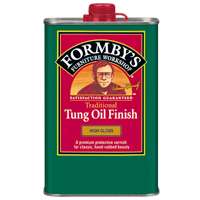 As soon as we can find time to oil them, we’ll re-install the fence and work on prepping the garden for spring.  I am planning on a perennial cutting garden since this space gets full sun!

Here are some of my inspiration photos for this garden space…

I am liking this rock border.

Yes, I am considering a bike planter. Thoughts?  It seems like a very Cape May thing to do.

While everyone else is on fall, I am dreaming about my spring garden .  Go figure!

All of that work in the garden had me inspired to bring a portion of it in.  I have been looking for a way to organize our belts for some time now (other than downsizing my belts because I have too many).

I am sure you are no stranger to the idea of repurposing an old garden rake head as hooks for everything from jewelry to stemmed wine glasses.  Well, I decided to install our extra garden rake as a belt hook.  However, I did not remove the handle.  Honestly, I felt guilt cutting a perfectly fine rake in half.

This was a no brainer.  After cleaning the rake followed by a hemp oil application to moisturize the wood, I positioned it against the wall near our master bath.  All set and the belts have one place to live. I like that I can see them all.

And if I get bored of it, I can still use the rake outside again.

5 thoughts on “garden fencing and rakes”