Vintage Trunks are the best, aren’t they?  Clearly they provide storage as that was the intention in the utilitarian object to begin with.  However, they also lend an aesthetic appeal to a space. 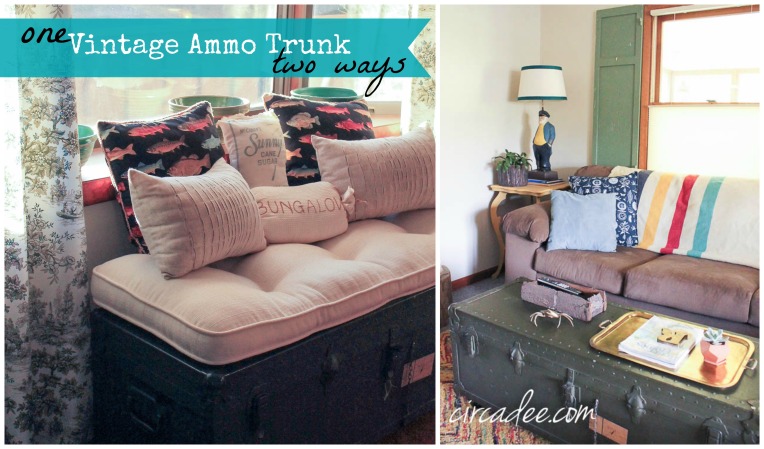 A few years back I scored this large vintage ammo trunk as part of a lot of trunks.  It was a WWII US Navy trunk. In fact, the shipping labels are still in tact which indicate that it was sent to the US Air Force in New York.  The trunk, overall, is in great shape. 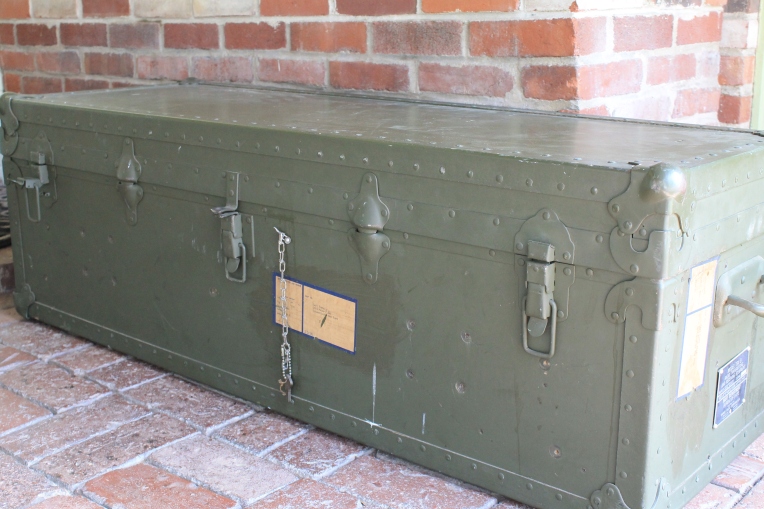 I have a soft spot for World War II memorabilia.  It is probably the least feminine thing to collect but there is something visually appealing to me about the army green, type fonts, rivets and brass details typically associated with the items.  It generally leads me to wonder about what our country was like at that time with women headed to work while men were at war; what my grandparents were doing; what technology was in play and so on.  It is also the era that my collections date back to.  I don’t really gravitate toward many pieces earlier than 1940’s. 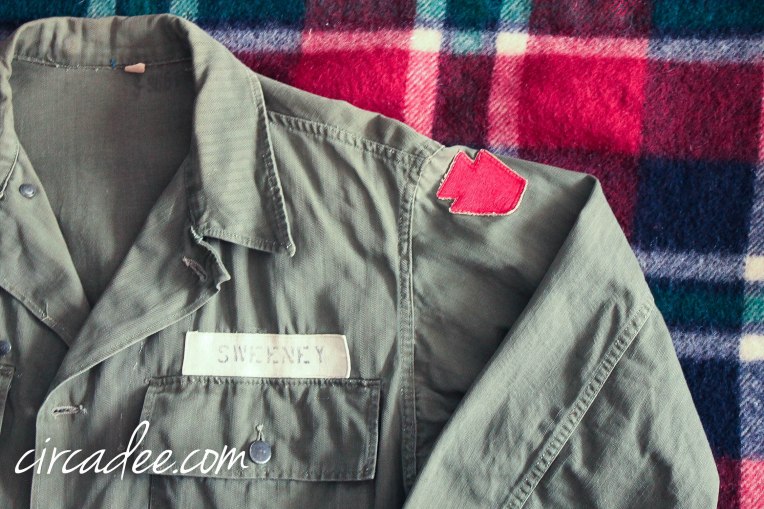 Naturally I loved this green trunk although I did initially try to sell it but had no takers.  When that happens it is a sure sign that it is meant to stay with us…at least for now. 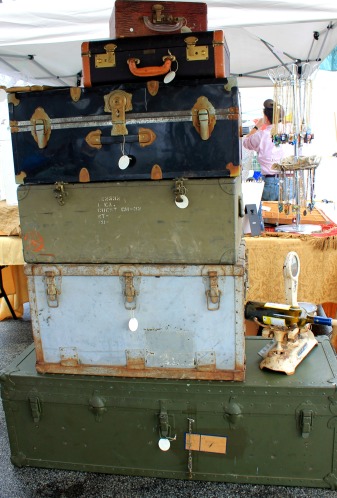 Over the past year it has lived a double life after receiving a set of casters on the bottom so it can easily be pushed around.  First, it made a fantastic window seat when covered with a thick, tufted cushion and pillows. 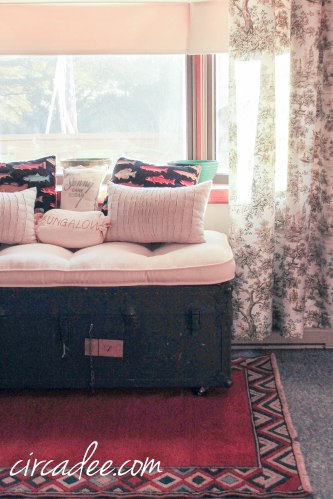 The problem was that it simply wasn’t getting enough use beyond its storage abilities.   A few months ago, I pushed it into play as an extra long coffee table where it seems to have a more fulfilling life.  Plus, this made more room for vintage chair hoarding. 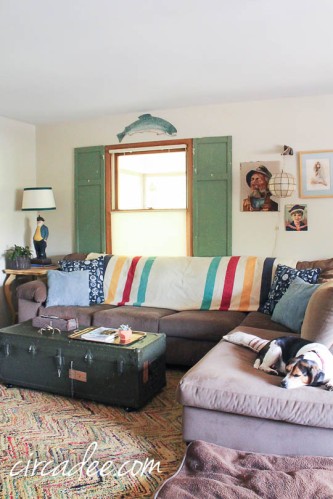 You can do no wrong to it. Drink rings cause no damage.  This thing was in war after all!  And brass always looks good with army green. 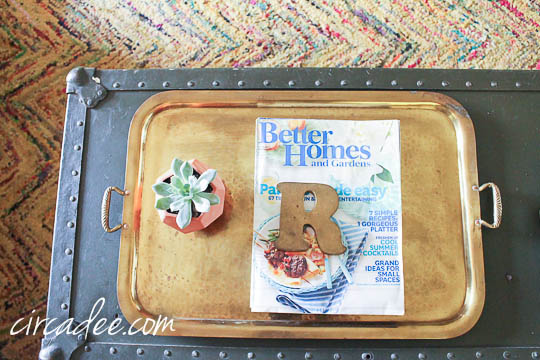 What is your favorite way to use a vintage trunk?

P.S. Don’t forget about the upcoming milk paint demonstration at Serendipity Shops of Doylestown on Sunday!