As much as we’re loving winter and the quiet simplicity that it brings, we’re already considering spring and perhaps a flock of chickens too.  Paper mache or the real thing. We’re undecided.  What do you think?  The paper versions are pretty darn adorable and require very little work.

We’re obviously about 2+ months away from digging in the garden soil but it’s not too soon to start preparing,right?  How handsome are these forged iron tools?

If we can’t have garden flowers, we might as well have galvanized flowers!

There are galvanized roses for your sweetheart too.  Valentine’s Day is just about 2 weeks away.  Check out these pretty vintage-style cards… 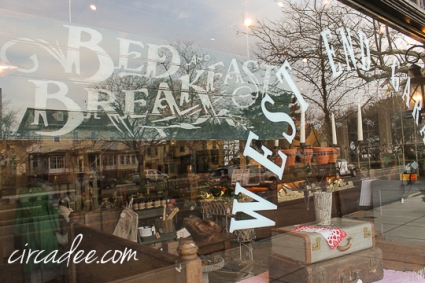 Valentine’s Day falls over a long weekend this year.  Come visit us in Cape May!  Everything pictured in this post (and more!) is being added to our inventory at The West End Garage. 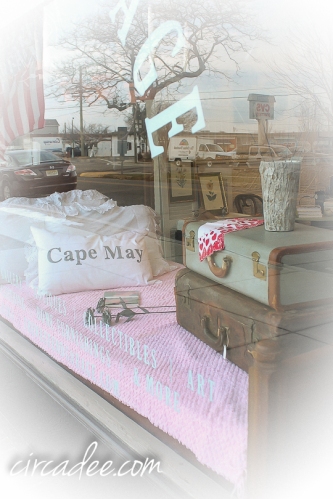 Thanksgiving is over (My first turkey turned out just fine by the way.)  so that can only mean one thing…time to deck the halls!  It is on.  We’ve got exactly one month until Christmas.  30 days people!  Woo hoo!

I managed to conquer one festive little project yesterday while the turkey was roasting.

I started with an old gilded frame that was a little damaged and just blah.  I dinged it up a little more.  It’s sort of anthro chic now, right?

Then I dry brushed on some Annie Sloan Chalk Paint in pure white allowing some gold to peek through.

I simply stapled some garden twine to the back of the frame creating a few “clothes lines”.

There were some scraps of vintage sheet music lying around from another project so I attached them to wooden clothes pins to give them a holiday feel. 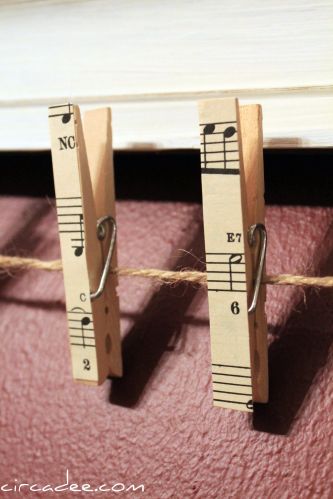 Now we’re ready for the holiday cards to start rolling in!  Usually I put all of the photo cards we receive on the fridge and then every time we open it, they all fly off.  This is so much neater and more organized.  It’s like a card gallery.

Did you see Wilson’s picture with Santa & Mrs. Claus?  That was a fun day!

The moral of the story is don’t be so quick to toss an old frame.  There are plenty of ways to reinvent them.  This particular project would also make a cute display for children’s art work.  Do you have any other ideas for an old frame?